When I woke up today, I found myself on the couch barely able to open my eyes. I reached for my phone to see what time it was. 10:07 AM. At this point, I had slept 23 hours since the morning before, and I went back to sleep an additional four hours before waking up to even eat something. This is a very minimal depiction of what depression looks like. My doctor calls it “leaden paralysis”, a symptom of Major Depressive Disorder, Atypical in subtype. It’s where your entire body feels like lead. 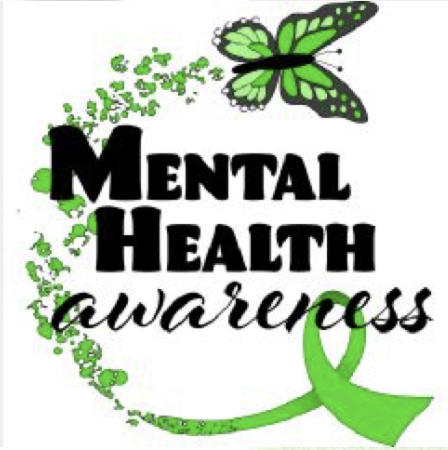 I have talked a lot this month here and on my social media about Lupus, as it is Lupus Awareness Month. But I have failed to talk much mental health. May is also Mental Health Awareness Month. As I did a little research I was shocked by some of the numbers I found, so I wanted to share a few with you. According to NAMI,  “43.8 million adults experience mental illness in a given year. 1 in 5 adults in America experience a mental illness. Nearly 1 in 25 (10 million) adults in America live with a serious mental illness.” As I thought about how I could best help to spread awareness, I tossed around several ideas. But I thought the best idea would be to re-post this amazing piece that a very brave young lady wrote for me last year. I am so grateful that she is willing to tell her story and break the stigma to help spread awareness.

What many don’t know is that depression has many faces, and can look many different ways! It’s not always the person that we picture in our minds, or saw on TV. Someone who is so down that they can’t get out of bed or complete their daily tasks. It can look like your best friend who is working and going to school full time and has become very good at hiding her secrets. A year or so ago, through a mutual friend I was lucky enough to be introduced to Kayla. Since our first interaction she has always been very open about her battle with depression. Since she is so open and willing to share I asked if she would be willing to tell her story here! Thankfully she agreed. Below is Kayla Aiken’s story, her story of how depression impacts her life.

When I woke up today, I found myself on the couch barely able to open my eyes. I reached for my phone to see what time it was. 10:07 AM. At this point, I had slept 23 hours since the morning before, and I went back to sleep an additional four hours before waking up to even eat something. This is a very minimal depiction of what depression looks like. My doctor calls it “leaden paralysis”, a symptom of Major Depressive Disorder, Atypical in subtype. It’s where your entire body feels like lead. Your arms are so heavy it feels as though you can’t lift them. Your legs are leaden and making it up stairs is a struggle. This is mental illness. My diagnoses include the previously mentioned MDD, severe, recurrent, and atypical, PTSD, Generalized Anxiety Disorder, and an Eating Disorder.

My story starts here: I graduated nursing school in May of 2010. After four years of nursing in the same location, I decided to become a travel nurse. I traveled in Oklahoma, Connecticut, and Missouri. I was in Connecticut in 2015 and started to feel sort of “blues-ish”. I thought it was just because of the weather. So, I came home to Missouri in March and by the Fall of 2015 I was a worried, depressed, and anxious mess. I couldn’t take my dog outside without my gun on my side or maise in my hand. I packed food and put it in the trunk for my drives back and forth to work just in case we got hit with a nuclear bomb or an EMP…etc. My hands would shake uncontrollably at times and I couldn’t eat anything. I went on a cruise in October of 2015, but I didn’t even enjoy it to it’s fullest because I was so concerned that the ship was going to sink or we were going to get stranded on some island we visited. My anxiety was out of control.

In January of 2016, I saw my doctor for the anxiety. He asked me if I was depressed, also, but I denied it being an issue. But, it was. It was a major issue. I called in a couple of weeks and said, “Oh, I think I am struggling with depression, too, so if I could get something for that…” He prescribed Prozac, but it put me to sleep for a week; so, we made the switch to Effexor. Between the medication for anxiety and the Effexor, I started to feel a little more normal again around the March/April months of 2016.

By the fall of 2016, I started to feel as though the Effexor was no longer working. I was driving back and forth to work envisioning myself driving off the road into a ravine, or seeing myself take my gun in my hand and put it to my head or my heart, or taking all the pills in my medicine cabinet. I was so mentally ill. So, so ill. I was losing friendships, my family relationships were strained, and I was calling off work more frequently than I could afford. I was faking fine so well, that only my closest friend really recognized how mentally ill I was.

I think it was in November of 2016 that we found out my Dad had been having an affair. And then my extended family and I had a big blowout over Christmas 2016. Two major stressors in a short amount of time.

In January of 2017, I went back to my physician and brought my best friend along to help me stay honest. I told him, very fearfully, that I was having suicidal ideations and that my depression was out of hand. He changed my medications up a little bit, and sent me on my way. The medications did not work. In February, I found out that my two younger sisters had been sexually assaulted by an older boy cousin. It infuriated me. It destroyed me. And, I had no idea what I could do about it; because my sisters are adults now and will deal with it the way that they want to. But, if it was up to me, I would have him and everyone else who was involved put on trial for such a heinous crime.

March of 2017 rolled around and I flew to San Diego for a conference, still so very sick, and losing hope by the minute. I was driving home from St. Louis from the conference, and tears rolled down my face until my eyes were nearly swollen shut and physically ached. What was I going to do? I couldn’t live like this.

A few weeks later, on April 3rd, I delivered my 14th baby during my midwife clinical. I drove home later, took a shower, and curled my hair. I was going to dress and do my makeup despite feeling so depressed. I went to a 12-step meeting, and when I got in my car I just had this feeling of “I cannot do this”. I called a friend, and she was cooking dinner, so I let her go. I went home, I played piano, I journaled, I watched TV, and nothing was working.

So, the evening of April 3rd, 2017, I took approximately 140mg of Ambien. My standard dose was 5mg nightly. I won’t go into the events of that evening, because it is just a lot. But, I woke up the next day in the local ER to find out I was going to be admitted to the hospital psychiatric unit for a week. It was one of the hardest weeks of my life.

In 2017, I was admitted to hospital psychiatric units four separate times. I spent 3 months in a residential facility in Chicago getting treatment for my depression and other mental illness diagnoses. I met a ton of wonderful people there. People who were also ill, but wanted to get help so much that they stopped their lives to go into a long term inpatient facility to work on their shit. It was liberating, and oh so hard. But, I’m thankful I had the opportunity to do it.

So, where am I now? Still in treatment. Still working on my shit every day. Still focused on getting up out of bed and making myself do things like laundry and dishes and putting gas in my car and getting groceries so I can eat. It’s not easy. Every day is hard. But, every day is a gift. I am trying to see that for the truth that it is.

I feel like all of the above was probably very boring to read, so if you made it this far, thank you! I’d like to take a moment in closing to talk about mental health stigma. I looked like I had it all together. I had recently graduated with my Bachelors in Nursing. I was pursuing my Masters in Midwifery from a prestigious university. I was working full time. I was going to church, maintaining friendships, and seeing my niece and nephew as often as possible. But, inside I was being eaten alive by my demons. Many people who struggle with mental illness do not look like they do. Still to this day, when people find out I struggle with depression, they are shocked. “But you are so personable and bubbly.” they say. I would encourage you to get in deep with those that you are surrounded with on a daily basis. Your family, peers, and coworkers…etc. Ask them how they REALLY are. Ask them about anxiety or depression and whether they have ever struggled with it. Be honest about your own struggle with anxiety and depression with someone who is safe in your life. Find someone safe for yourself, and be someone safe for others. When I attempted suicide in April and July of 2017, it was my closest best friends who intervened and saved my life.

Thank you for reading my story.

Focus On The Fight | Kristi’s Story

Tue May 14 , 2019
<p>Welcome to Focus On The Fight, a series of interviews that will be posted weekly, focusing on a blogger and their health.</p><p>This week we will meet Kristi! </p><p><strong>Before we dive into the heavy stuff, please tell us all a little about yourself outside of your health! About your family or your hobbies</strong></p><p>I am a happy person who has an amazing life. The early years were difficult, but I did not really understand why until I was nearly 55 years old. I have been married for almost 40 years to my best friend, lover, life partner. We have two grown daughters who are also my dear friends. We love living in Maine but look forward when we will have a warmer-weather winter home. My hobbies beyond being with my family and helping others are writing, dancing and being outdoors (particularly summer fresh-water sports).</p> 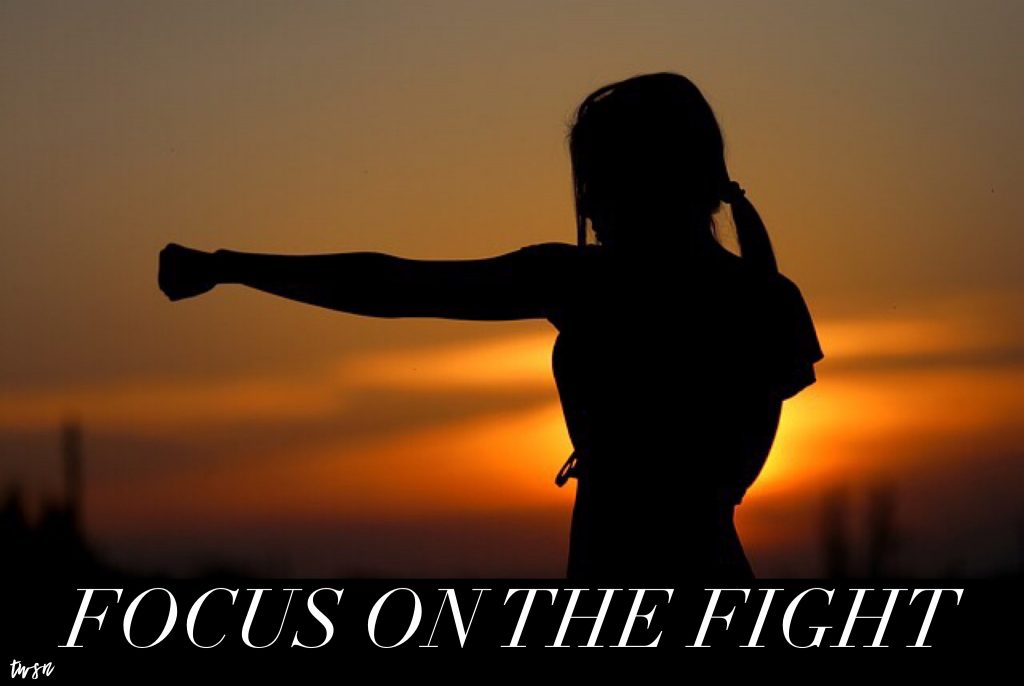