The last two months have probably been some of the hardest months I’ve had since this crazy journey started. I’ve been in more pain and for longer than I ever thought possible. I have said too many times lately but I feel like if it has a name it has probably hurt at some point. Literally everything has hurt from the big things like my back and hips, to the smaller things like my hands and fingers. There has even been time when my HAIR and SKIN hurt.

The last two months have probably been some of the hardest months I’ve had since this crazy journey started. I’ve been in more pain and for longer than I ever thought possible. I have said too many times lately but I feel like if it has a name it has probably hurt at some point. Literally everything has hurt from the big things like my back and hips, to the smaller things like my hands and fingers. There has even been time when my HAIR and SKIN hurt. If you haven’t lived it I know that sounds crazy. But between the joint pain from the giant lupus flare due to being 3 months late for my monthly treatment due to recurring infections. To the headaches and the pain from a Fibro flare the last months have been hard.

It’s hard to function when everything hurts. It’s hard to sleep, it’s hard to eat and it’s definitely hard to be active. No matter how hard you try to find relief from the pain it always seems to seep back in and impact every part of your life. But it’s hard because people can’t see it, so it’s really hard for them to relate to. Unless I limp, hold a part of my body or wear a grimace on my face you would not know I was hurting. That being said people can’t and probably never will be able to truly relate to something unless they can either see it, or have experienced it themselves. That’s not a dig towards anyone who can’t understand it’s just the truth. If you’ve never been pregnant you can never relate to how a pregnant woman feels.

It’s been so frustrating because I have had so many ideas for things I wanted to do or blogs I wanted to write. I have had plans with friends or doctors appts on the calendar that I’ve had to cancel. For the most  part the things on my to-do list or calendar just haven’t happened. I feel so badly because I can’t remember when I saw a couple of local friends last. I’ve missed baby showers, and deliveries as well as countless other events in the last few months. I am lucky that I have understanding friends who accept my cancellations without any anger or harsh words. But you can only cancel on people so many times before they just stop inviting you to do things or including you in plans.

After seven years of dealing with this it is still so hard for me to accept that sometimes I just have to wave the white flag and go along with what my body needs. I have to just accept that some days my day won’t go as planned. However, that doesn’t mean I like it or don’t find it frustrating or annoying, because I do. I honestly think learning to accept that my body may have a plan all of its own may be one of the hardest lessons I have been forced to learn.

I have also been forced to find some non-conventional ways to deal with the pain over the last couple of months. They in NO WAY take the pain away but they have helped.  I have found that using heat is still the most effective non-pharmacological pain relief method. I may have to have two fans on me while I lay on my heating pad so I don’t overheat, but I’m okay with that. While I’m talking about heat, hot baths are also one of my go-tos for pain relief.  When the pain is really bad I may take four or more baths a day. I know it sounds crazy but a hot bath really makes a difference. I have also found that using my weighted blanket and meditation are helpful.

I recently found an app called Pathways that has been a great addition to my pain relief arsenal. It came into my life at time when I would try anything to get rid of the pain. Most of the time I would not use a program like this, but lately I am so thankful to have found it.  The app is comprised of modules on everything from teaching about what pain is and how it works to meditation and how to talk to others about your pain. So far the modules have been very short and easy to listen to. The longest module I have come across is about thirteen minutes. That being said though the program is so vast that it will take a LONG, LONG time to get through it all. Like I mentioned above the app teaches a wide variety of topics from meditation to why you hurt and how and why pain signals occur. They also talk about how we can retrain the brain when it comes to pain. The really awesome thing about this app is that it was created by a patient with chronic pain, not someone who has never lived with pain.  I am only 13 sessions/modules in so I can’t give a full review, but I have found it most useful when I am really in pain because I can turn on the app and listen to a module/session or more and it gives me something to focus on rather than the pain itself. But I enjoy it because it’s not a mindless task like binge watching a show, it’s a task where I am learning to help myself reduce my pain.

Living with chronic pain is hard and I don’t think anyone would disagree with me on that. It is frustrating that you live with this “monster” who has taken over your body and you have absolutely no control of when or why it may rear its ugly head. That being said one of the best things we can do for ourselves is to research and find ways to deal with pain. And to learn the reason behind the pain, the how and why you hurt. As well as what pain relief methods might work for you. The more knowledge you have about your health the better. For me the last two months have given me a whole different look at living with chronic illness. I’ve seen the ugly and awful sides and I truly pray that there will be an end in sight soon. I hope this kind of explains why I have been a little absent.

One thought on “Living With Chronic Pain | Life Update”

Focus On The Fight | Epilepsy

Fri Aug 16 , 2019
<p>Welcome to Focus On The Fight, a series of interviews that will be posted weekly, focusing on a blogger/advocate, their health and their advocacy work.</p><p style="text-align:start;">This week we meet Christalle, and we will highlight:<strong> EPILEPSY </strong><br></p><p style="text-align:start;"><strong>Before we dive into the heavy stuff, please tell us all a little about yourself outside of your health! About your family or your hobbies !!</strong></p><p style="text-align:start;">Christalle Bodiford is an artist, writer, and adventure seeker. As an entrepreneur diagnosed with epilepsy, Christalle brings a unique perspective of empowerment that inspires others to embrace a positive mindset and live with purpose. When she's not writing or advocating, Christalle enjoys puppy snuggles with her scruffy terrier and outdoor adventures with her husband.</p> 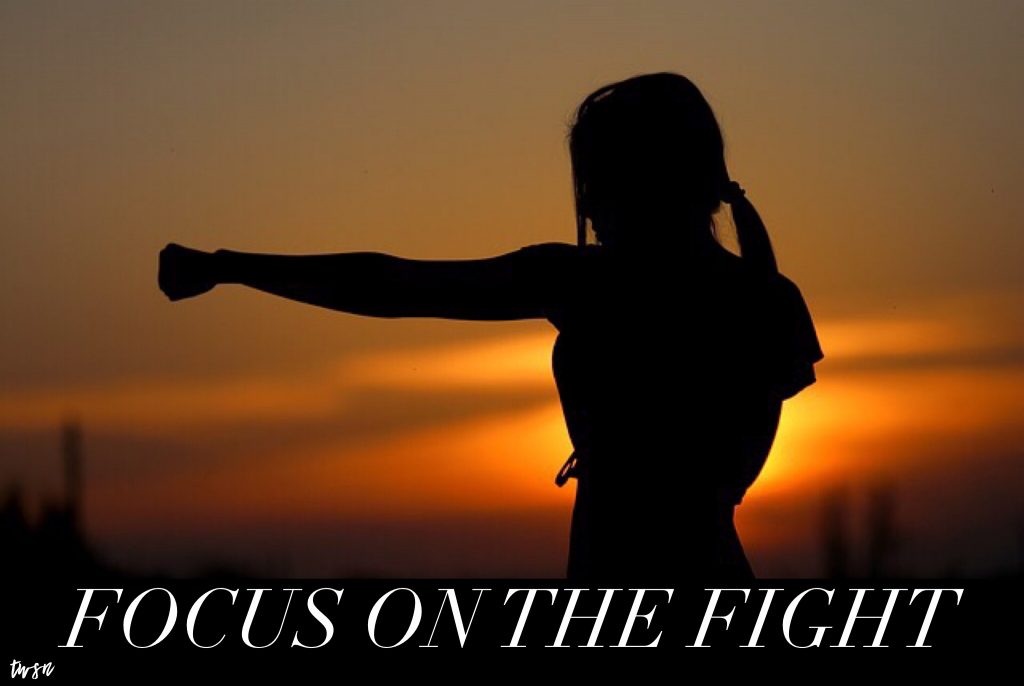