October is Facial Pain Awareness Month which include the condition Trigeminal Neuralgia. As Trigeminal Neuralgia is quite possibly one if not the most painful facial conditions known to man I knew I had to feature it and help to raise awareness of the condition. In honor of it being Facial Pain Awareness Month I did an interview with my very dear friend Carol Walters, who struggles with Trigeminal Neuralgia. So below you will learn what trigeminal neuralgia is and how her daily life is impacted. If any of you reading this relate to journey or her symptoms please make an appt to get in with your doctor to get your symptoms checked out.

October is Facial Pain Awareness Month which include the condition Trigeminal Neuralgia. As Trigeminal Neuralgia is quite possibly one if not the most painful facial conditions known to man I knew I had to feature it and help to raise awareness of the condition. In honor of it being Facial Pain Awareness Month I did an interview with my very dear friend Carol Walters, who struggles with Trigeminal Neuralgia. So below you will learn what trigeminal neuralgia is and how her daily life is impacted. If any of you reading this relate to journey or her symptoms please make an appt to get in with your doctor to get your symptoms checked out.

Alright, let’s jump into the interview!

What is Trigeminal Neuralgia??

Trigeminal Neuralgia is a rare, chronic pain condition that affects the the fifth cranial nerve called trigeminal nerve (which is in the heads &face), and is most commonly felt on one side of the face. But can be seen on both sides but not as likely. There are two types of Trigeminal Neuralgia.

— The typical or “classic” type of the disorder, called TN1, is the type that causes extreme intermittent, sudden burning or shock type facial pain in the areas of the face where the branches of the nerve extend (lips, eyes, nose, scalp, forehead, upper jaw and lower jaw).  With TN1, pain episodes usually last from a few seconds to a few minutes and can happen in succession lasting up to a few hours.

— The “atypical” type of the disorder, called TN2, is the type that causes constant aching, burning, stabbing pain.  A person can have both forms of trigeminal neuralgia. Rarer still is to have TN attack both sides of a person’s face.

What are signs and symptoms of Trigeminal Neuralgia (TN)?

• Attacks of shooting/stabbing type pain that can feel like electric shocks. TN can be triggered by touching the face, brushing teeth, speaking, or chewing.

• Pain in areas that the trigeminal nerve goes to cheek, jaw, eye, forehead and lips.

I had a sporadic earache for about a week.  One day it was so bad that I decided to go to Urgent Care after work.  The doctor didn’t see anything wrong with my ear,but prescribed ear drops to see if that would help.  They didn’t.  Over the next few weeks, the pain become daily inmy right ear, around my right eye socket, down my right cheekbone and along the bottom of my jawline and burning pain across my forehead and right cheek. The pain and burning then continued over to the left side of my face.  I remember feeling like I had a hot iron placed directly on my face at times.  The burning would come and go but the intense pain never went away.

I don’t remember exactly how long it took to be diagnosed, I think it was a few months.  I saw my migraine neurologist with this new pain and he initially suspected shingles, but I wasn’t presenting as “normal” shingles.  He called in one of his partners and this neurologistsuggested Trigeminal Neuralgia (TN).  I was sent for anMRI.  I was then sent to University of Miami for a second opinion. They confirmed Trigeminal Neuralgia, and said it was Atypical, or Type 2, which is the rarer form of TN. To make mine even more rare, I had it on both sides of my face.  I was also told I was not a surgical candidate.

When were you diagnosed?

I don’t remember exactly when I was diagnosed but I think it was in 2013.

How do they treat TM/How are they treating your TM?

Trigeminal Neuralgia is usually treated by medications that block the pain signals that are sent to your brain.  Doctors typically prescribe anti-convulsant type drugs. Nerve blocks, ablation surgery, or microvascular decompression can also be done but are major surgery.

I have been on different medications through the years.  I had a bad reaction to one of the medications that my neurologist and I decided to try this year.  I took one dose and ended up in the ER.  It made me sick for about 3 days from the one dose.  It’s now on my allergy list.

What does a flare of TM look like for you? And what (if anything specific causes a flare)

I’m always in pain with TN, but with the meds I’m on it keeps the pain level to an average of a 4 out of 10 daily but the burning feeling isn’t daily. Stress is a big factor in flare ups for me. When I have a flare, the burning starts across my forehead and right cheek and the pain level will shoot up to about an 8 or higher.  If it goes higher than that, that is when I will end up in the ER.  There’s not much the ER can do so I usually just try to handle it at home and avoid the ER.  When flared, the intensity of the pain and burning makes it hard to do anything.  It hurts to eat, smile, talk, yawn, laugh, brush my teeth, and drink without a straw.  There are times it hurts to just breathe.

How does TM impact your life?

Having Trigeminal Neuralgia (TN) is just one of many chronic illnesses that I have.  I have had to leave my job, lost friends, cancel outings, and adjust our entire life.

What would you like people to understand about living with TM?

If you have a friend or acquaintance with TN, please don’t write them off if they have to cancel or leave early when with you, even if it’s multiple times.  As with any chronic illness, there are good and bad times.  We are still human and have feelings and we hate when we have tocancel or leave early.  Please just be there for us. Please don’t tell us to “to exercise, you’ll feel better” or “other people have it worse than you”.  TN is an incredibly awful issue to deal with and affects daily living.  Just be there with a hug or just as a friend/family when needed.

Please give one piece of advice for someone who is newly diagnosed with TM.

Don’t give up.  Trigeminal Neuralgia is also known as the “Suicide Disease”.  It’s extremely painful and hard to find a medication to control the pain and burning.  Keep in contact with your doctor, find support (there are great support groups online), reach out as you need it any time day or night.  This is why the online support groups are so great, someone is always online.

Thank you Carol for taking the time to speak with me and for being so open!

Sat Oct 19 , 2019
<p class="">If I were to ask anyone who lives with a chronic health issue to make a list of places that they try to AVOID AT ALL COSTS, I believe could safely bet my monthly salary that their local EMERGENCY ROOM would be at the top that list. Not only because of the absurdly long wait times, and the potential exposure to who knows what kind of disgusting germs that could be floating around. But throughout this article I think you will find help with the ten tips I provide to make your next Emergency Room visit run a little smoother.</p> 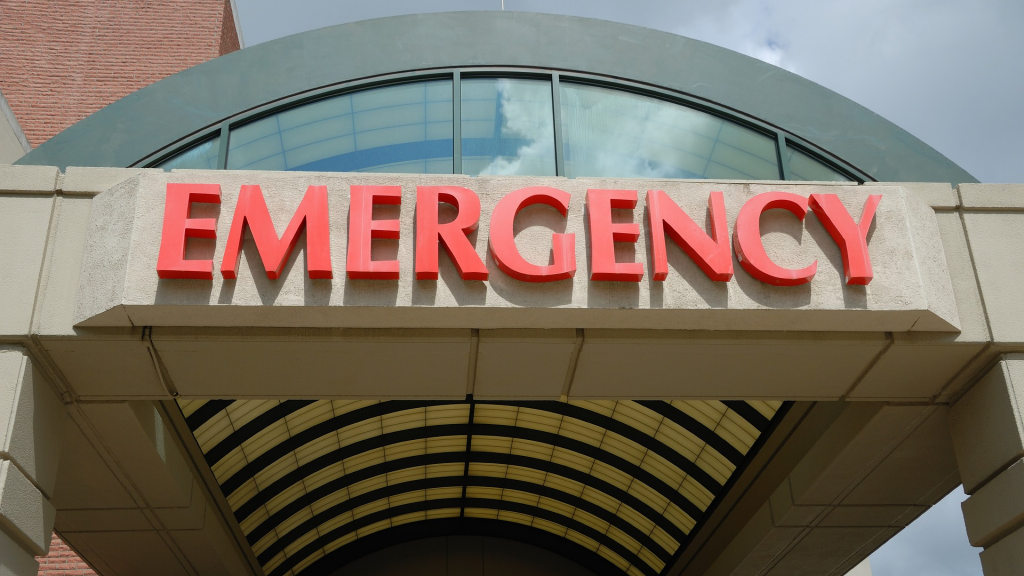